There's a sea of conflicting advice, recommendations and fads out there, making it difficult to know what to believe when watching your waistline. If you've been trying to watch your weight, it's likely that at some point you've been lured into one of the many trendy diets on offer.

We all want instant solutions, but a diet that offers dramatic weight loss could be dangerous in the long term, and in the short term have harmful consequences on your blood glucose levels. It's important to eat a wide variety of foods in appropriate amounts, at regular times during the day – it may sound boring, but it’s the tried and tested way to ensure you get the range of nutrients you need. Certain foods will promote slow steady rises in your blood glucose levels, and eating the right portion size will help you to manage your diabetes as well as your weight.

What does Public Health England say?

PHE updated its advice in March, publishing a new Eatwell Guide to reflect the latest evidence. There is greater prominence for fruit, vegetables and starchy carbohydrates, preferably wholegrain.

Anyone with special dietary requirements or medical needs might want to check with a registered dietician on how to adapt the Eatwell Guide to meet their individual needs. 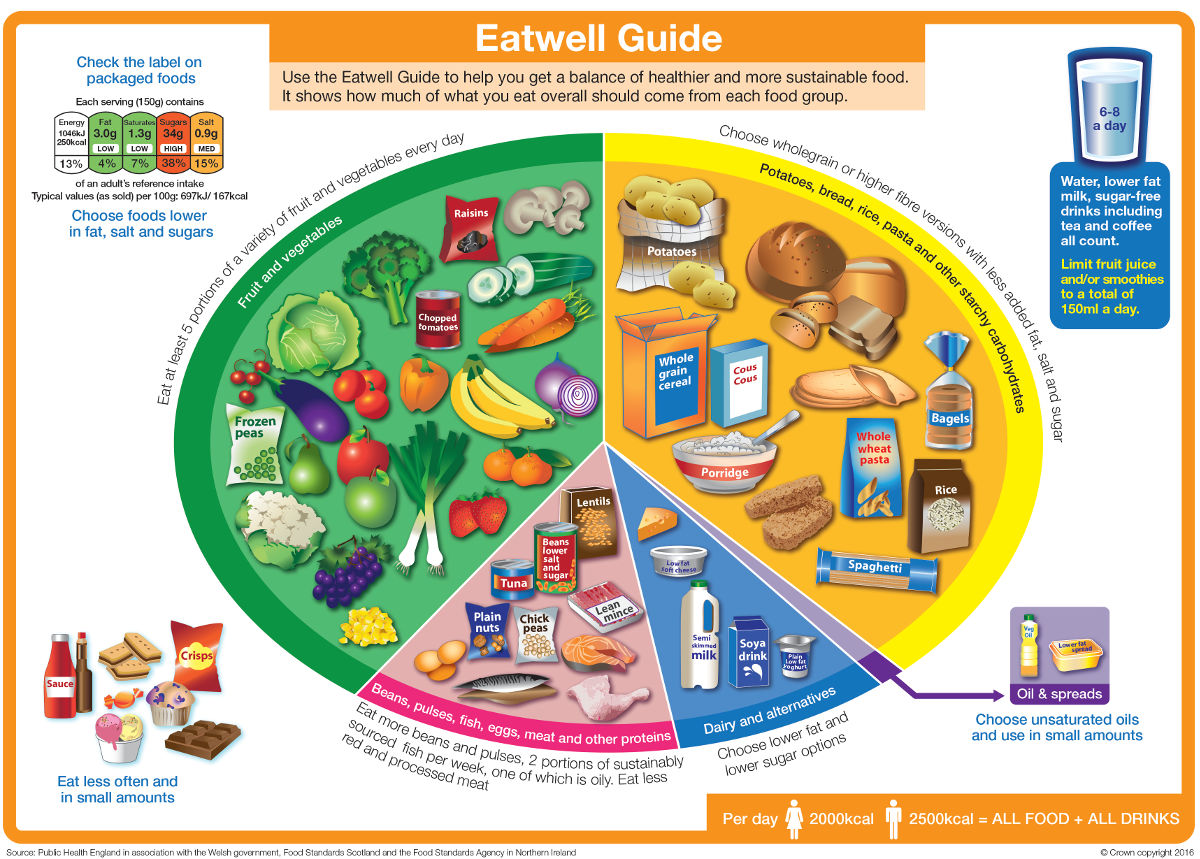 It's been reported certain diets can "reverse" some forms of diabetes. But what evidence is there?

There are many variants of intermittent fasting, or the 5:2 diet. One is based on consuming just 650kcal, mainly from semi-skimmed milk, fruit and veg, on two consecutive days a week, followed by five days on a Mediterranean-style diet.

Research from Dr Michelle Harvie and her team in Manchester looked at this version in 115 overweight women (Diabesity In Practice, Vol 4, 2015). They suggested it helped reduce blood glucose levels and improved sensitivity to insulin, when compared to traditional diets. There have been no studies in people with diabetes, and Diabetes UK says there is not enough evidence for the diet's use.

Research from Newcastle University suggested consuming just 600kcal a day for eight weeks led to such major weight loss that fat clogging up the pancreas was removed, allowing insulin secretion to return to normal. The studies have been very small: just 11 people were included in the first and 30 in the second (Diabetes Care, May 2016).

Diabetes UK has invested £2.4m in finding out more, and a large study involving 30 GP practices will run until October 2018.

“We don't yet understand the long-term effects, or how a low calorie diet might be used to bring about and maintain Type 2 diabetes remission in a real-life setting,” said the charity.

In a small study, 68 people followed a low-carbohydrate diet for at least three months. HbA1c was recorded in the 38 who had levels of more than 41mmol/mol at the start. Bread, pasta and rice were replaced with green vegetables, whole fruits, and 'healthy fats' (eggs, nuts etc). There was an average drop in HbA1c of 10mmol/mol 13 months later (BJN, April 2013).

The research, by Dr David Unwin’s team in Stockport, was included in a report from the National Obesity Forum and the Public Health Collaboration. Diabetes UK, however, said there was no consistent evidence such diets have an advantage over others in the long term.